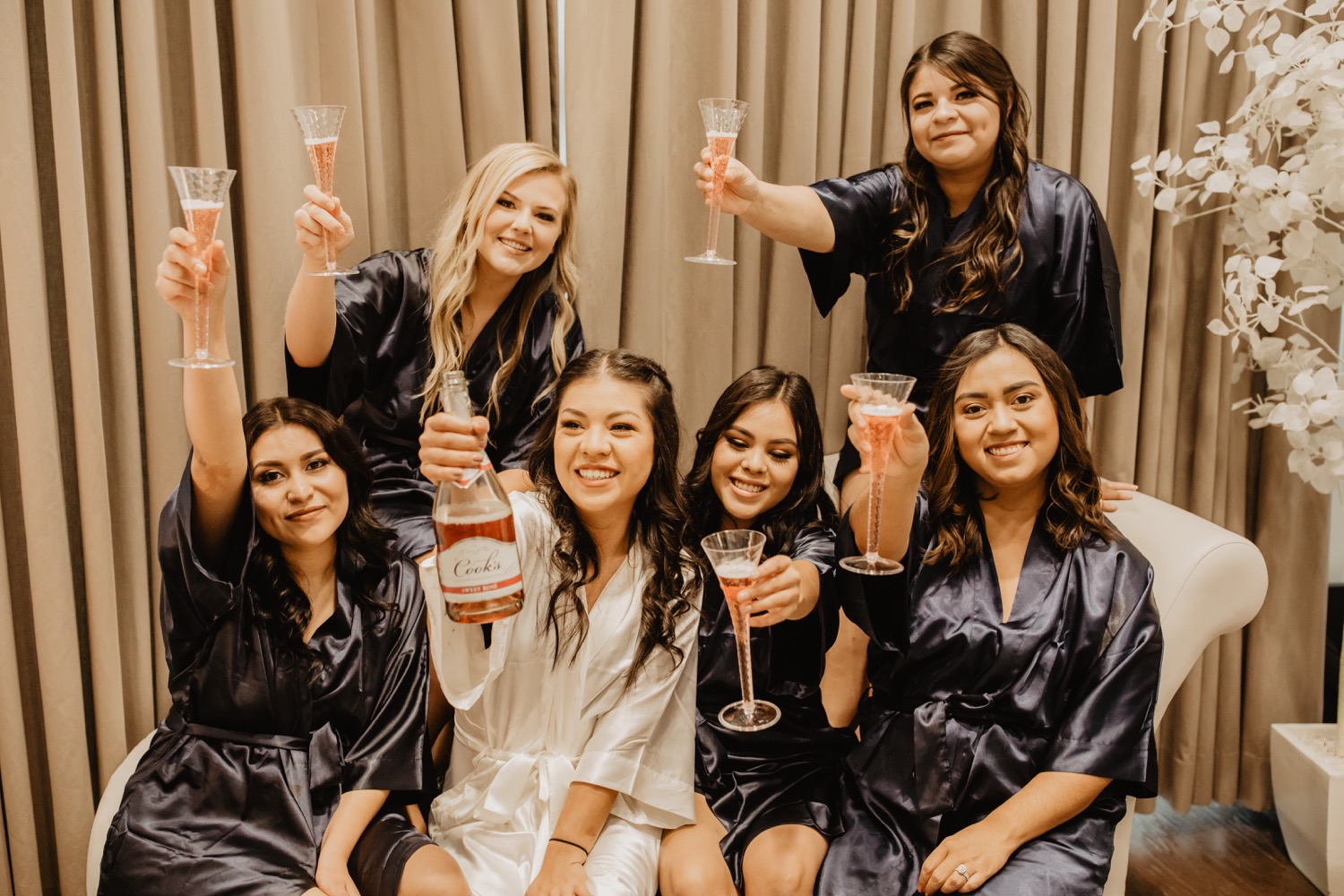 Wow. Wow. Wow. I don’t even know where to begin with this wedding! I can’t quite put into words how much I love these humans, and their wedding day. From the very first meeting with Angie and Aaron I knew we were going to be the best of friends so when their wedding day came around I was so ready for a spectacular night with my new found friends, what I experienced was so much better!

Angie and Aaron had a Mexican Catholic wedding inside a stunning chapel. Going through the ceremony was something completely new for me, and I found myself tearing up right alongside Aaron when Angie walked down the aisle. As soon as the ceremony wrapped up the party began!

We headed from the church to the reception venue, enjoyed some cocktails, and then moved right into bridal/groomal party photos. After the hilarity of those photos ended we headed back into the venue to join the rest of the guests for the reception and we were met with surprise number one - a mariachi band! Seemingly, out of nowhere, appeared a mariachi band to play Angie and Aaron into the reception space - let me tell you, that was a hoot!

After the reception started off on such a high we worked our way through some of the classics - money dance, parent dances, first dance, and cake cutting. After all of these things were done we were about to open the dance floor to the rest of the guests when we were met with surprise number two - A FREAKING MARCHING BAND. When I tell you I have neveeeeerrrr seen so many people hit the dance floor you have to believe me! Every. Single. Guest. at that wedding, young and old were geared and ready to go.

This wedding reception went all the way into the wee hours of the morning, and even after a 12 hour day I was not ready to say goodbye to these wonderful people! We ended the evening with an adorable sparkler send off, but that wasn’t the end of things for me, Aaron, and Angie. I’m lucky enough to call these two friends and still get to hang out with them even now that they’re wedding is over. I’ve said it a million times… I have the best couples!

are you ready to do the dang thing?