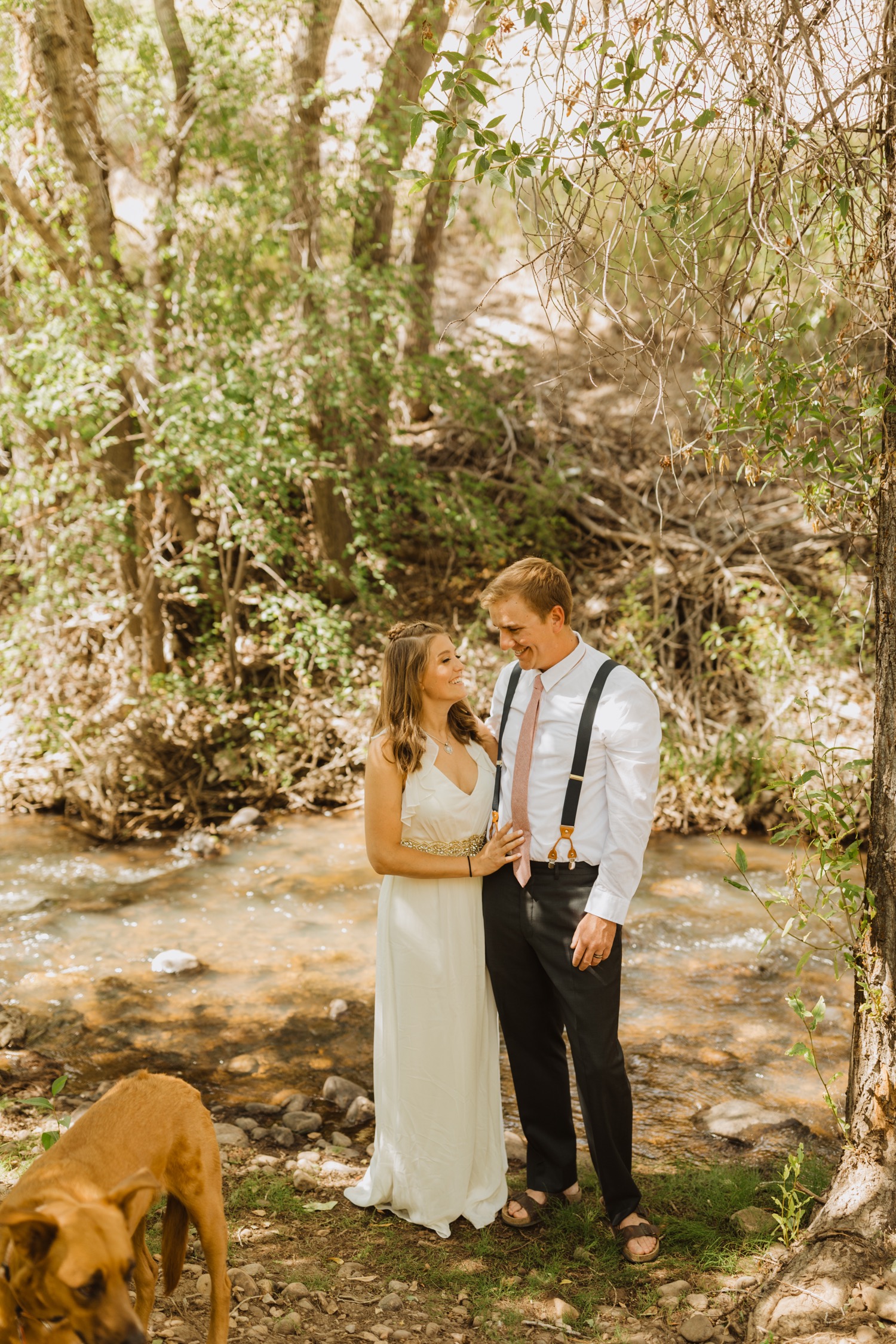 Ahhhh, these two humans.. I'm not even sure where to start!

Since our very first conversation from the day they reached out to me, to our first phone call, to the 10 calls after that.. the love I have for these two is almost as strong as the love they have for each other! I literally still remember where I was when their inquiry came in and how excited I was to have the chance to adventure on their elopement with them. Originally the plans were to head to Moab for the weekend and get these two hitched in the gorgeous red rocks. But the more we kept talking, the more we realized Moab wasn't their special place, the mountains above their house was! Once they had decided on the location change we thought everything else would be smooth sailing, because plans always work out, right? WRONGO.

About a week before their big day I get a call from Emily letting me know their witness and officiant weren't going to be able to make it, and they didn't want to ask just anyone. We came to the conclusion that it didn't matter where their marriage was made official, as long as it was! So early the third of September they headed to the Park City courthouse and got themselves married. From there the rest of the day was ALLLL ABOUT THEM. I headed to their house where the two of them got ready together, we started out by taking some gorgeous photos in their backyard. (These photos were taken in a dress gifted to Emily, but a different one than she was planning on wearing for her actual wedding.) Now when I tell you they have the most stunning and remote backyard, I'm not kidding. Remote enough that there is no cell service.

From there we headed further into the mountains so the two could share their first look in Emily's real wedding dress, share their vows, and celebrate their love together. Watching these two tearfully exchange all the reasons why they love each other and share their promises for the future made lil old sappy me tear up too.

After we had spent a few hours romping around in the mountains we made our way to Main Street Park City where a handful of their closest friends and family were waiting to celebrate with them. We also made a pitstop at Park City Mountain Resort where Chris works. It was truly the best of both worlds! They got to celebrate each other in their favorite places for a few hours and then make their way to spend time with the people they love the most. I'm not saying there is a wrong way, but this is eloping done right!

are you ready to make this day all about you?