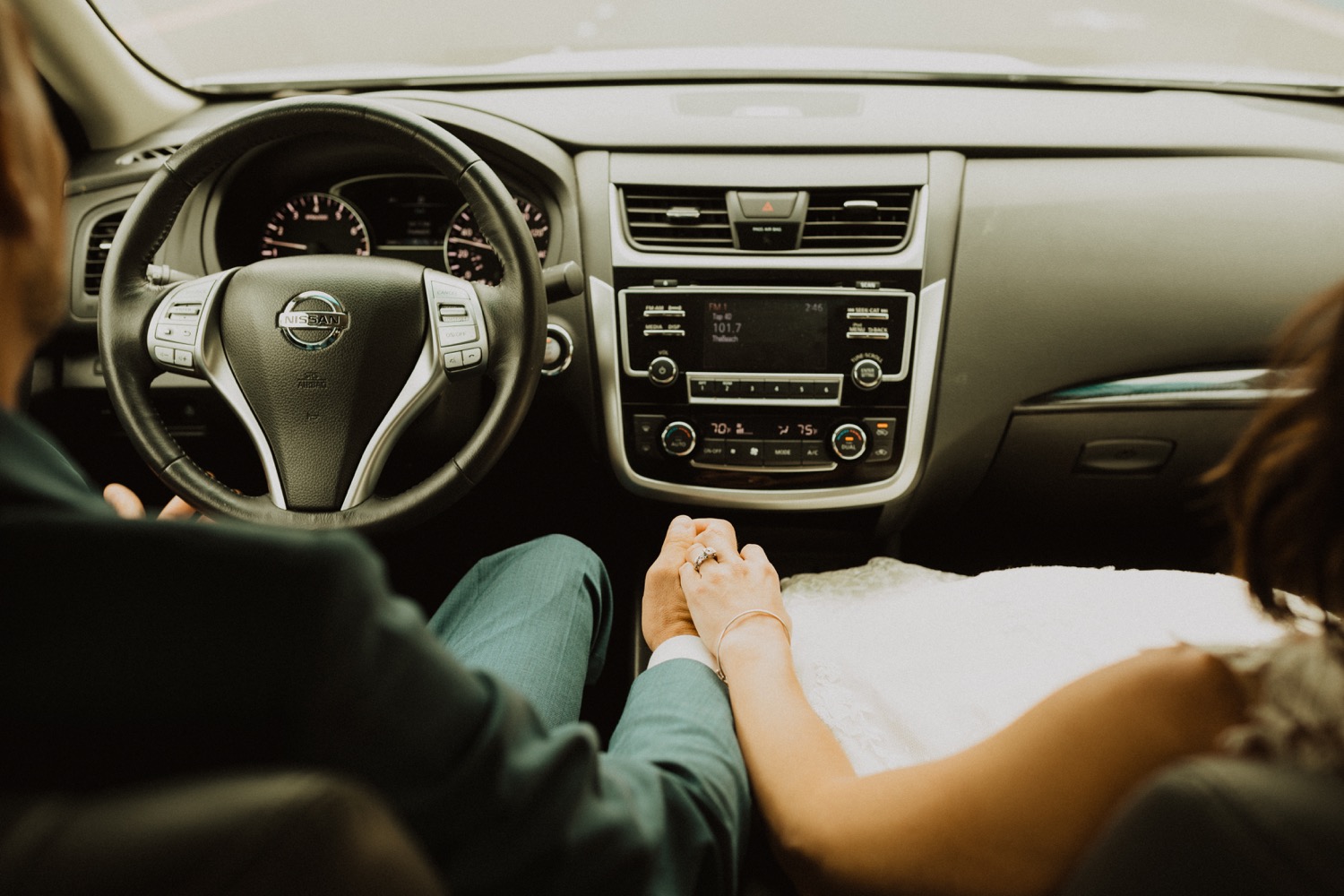 Meet Alexis and Ryan, two people who are meant to be together! These two were really good friends in junior high and high school and eventually drifted apart, fast forward a decade or two and their paths crossed again... at the grocery store! Ryan swears Alexis was in sweats the day that they reconnected and he still thought she was stunning, Alexis PROMISES she would never go in public looking like that! So that part is still up for debate.

Alexis was my boss once upon a time, so we already knew each other pretty well! These two asked me to take their engagement photos in Moab, UT and I was STOKED! So you can only imagine how excited I was when they asked me to be a part of their elopement in California! We flew out for a weekend and spent all of our time exploring through Monterey Bay and the cities surrounding it. On the day of their actual elopement we made our way to a ton of different spots, experiencing all of the places that they held close to their hearts.

Our last stop on our weekend of adventuring was a little more extreme... Alexis and Ryan are real big on their MeUndies and have tons of matching pairs. Their final request was to go to the beach, strip down to their skivvies, and take some bomb ass photos in their UNDIES! Obviously I said HELL YES. What you can't tell through just about every photo in this entire gallery is just how freezing cold our entire trip was! But these two cuties were troopers the entire time, and the outcome was so worth it!

are you ready to make your own adventure?